Meeting the Mother of My Lungs 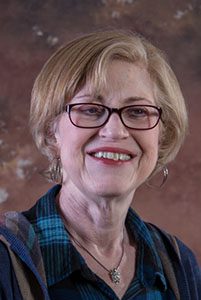 Nancy Lee has been a board member of the HPS Network for many years. In 2011, she received a lung transplant. Watch the video from News 25 – April is National Donate Life Month

An estimated 22 people die each day waiting on a life-saving organ transplant according to the Mississippi Organ Recovery Agency, or MORA, as they celebrate National Donate Life Month. One local mother is now working closely with MORA, keeping her daughter’s memory alive as she continues on, turning tragedy into a purpose.

Ellen DuVernay is the mother of an organ donor. She said, “She was just the most amazing person you would ever want to meet, always had a smile on her face.”

But the tears freely flowed one fateful day six years ago, on September 20th, 2011, 26-year-old Brittany DuVernay Saucier’s life was unexpectedly cut short. “When I got to her, she was in a full blown seizure. I just held her in my arms. I just, I guess motherly instinct, I just knew that was it,” said Ellen.

This happened after a horrible golf cart accident. “We came to Memorial and she had a brain bleed and she lasted until the 22nd which was just two days later and the doctors said there was no brain activity.”

At that moment, facing another difficult situation, Brittany’s family decided to honor her decision after learning Brittany had already signed up to be an organ donor. Her sister, Kortney McCaffrey, said, “It didn’t surprise me at all when they told me and to me it was exciting because this wonderful woman could actually live on to make someone else happy.” 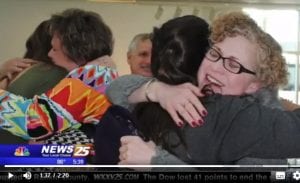 That’s exactly what she did. Five people received the gift of life, a second chance, after receiving organs from Brittany, including a woman, Nancy from Texas, who received Brittany’s lungs. “It was just amazing to see this woman full of life now and to hear her sing cracks me up because it’s such a sweet sound knowing that is possible because of Brittany’s lungs,” said Kortney.

And on this day, Brittany’s mother and sister carry on her legacy, working closely with the Mississippi Organ Recovery Agency at Memorial Hospital, encouraging everyone who walked by to sign up to be an organ donor so they could potentially save lives just like Brittany. “We were blessed with 26 of the most amazing years with her. I would want to give that opportunity to another family,” said Ellen.