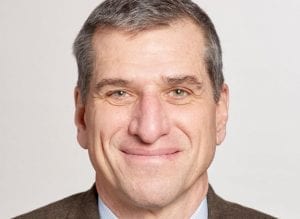 Dr. Samuel Seward, a board member and scientific adviser to the HPS Network, will attend the 26th Annual HPS Network Conference, to be held March 8 – 10, 2019 at the Long Island Marriott in Uniondale, NY. On Saturday, he will participate in the Meeting of the Minds, an invitation-only scientific meeting for doctors and researchers working on Hermansky-Pudlak Syndrome (HPS). On Sunday, he will present information about the standard of care for people with HPS.

Dr. Seward received his M.D. from the University of Texas Southwestern School of Medicine in 1990. He joined the Sinai faculty, for the first time, in 1994, as an Associate and, later, Program Director of the Combined Internal Medicine-Pediatrics Residency. In 2004, he joined the faculty of Columbia University Medical Center, ultimately rising to Associate Vice President of Columbia Health which provided a broad array of outpatient services and programs to the Columbia community. Dr. Seward returned to Mount Sinai in 2016 as the Site Chair, Department of Medicine, Mount Sinai St. Luke’s and West hospitals. Dr. Seward is internationally known for his work with the Hermansky-Pudlak Syndrome patient population; He was the winner of the HPS Network’s Doctor of the Year award in 2010. In addition, his clinical interests include the care of adult patients who are survivors of congenital and pediatric disorders.